Nest Egg - Nothingness Is Not A Curse 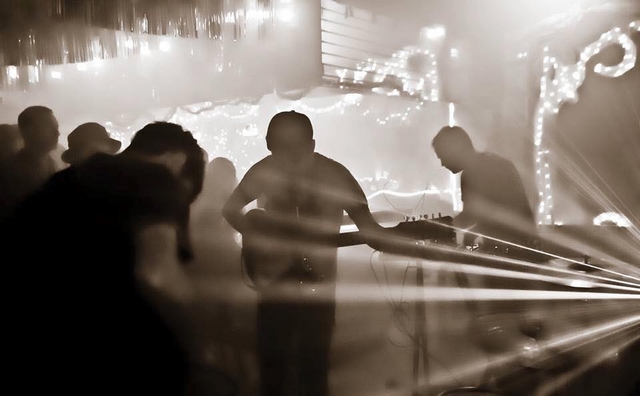 Nest Egg are a three-piece from Asheville, North Carolina who describe their head-heavy and kosmische psych-rock wig-outs as ‘mood music for nihilists’. Following a handful of tapes and singles, in 2015 the band released their debut album ‘Respectable’ a record which cemented their minimalistic kraut-punk jams as one of the most exciting new exports in the States.

Three years on and the band have taken for international waters, joining forces with Fuzz Club for the release of their sophomore album ‘Nothingness Is Not A Curse’, officially released April 13th on vinyl and digital. In a similar ballpark to the likes of Moon Duo or Follakzoid, the new record see’s Nest Egg free-fall down an all-consuming rabbit-hole of cosmic repetition, tripped-out drones, swirling analogue synths and cacophonous guitars; the driving krautrock gusto never letting loose for a second.

Nest Egg is the brainchild of Harvey leisure (guitar/vocals), Ross Gentry (bass/keys) and Thom Nguyen (drums). Formed back in 2011, the band have built up a formidable reputation in the US live circuit, playing with everyone who’s anyone - from garage juggernauts Thee Oh Sees to space-rock innovators Loop.