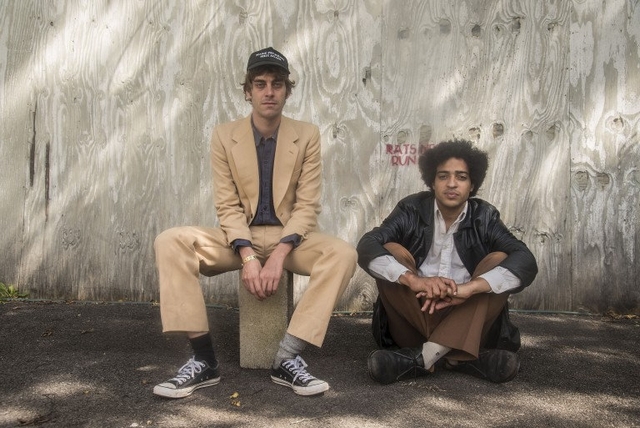 In many ways Insecure Men - the band led by the fiercely talented songwriter and musician Saul Adamczewski and his schoolmate and stabilising influence, Ben Romans-Hopcraft - are the polar opposite of the Fat White Family. Whereas sleaze-mired, country-influenced, drug-crazed garage punks the Fat Whites are a “celebration of everything that is wrong in life”, Insecure Men, who blend together exotica, easy listening, lounge and timeless pop music, are, by comparison at least, the last word in wholesomeness.

The band originally formed in 2015 in the cramped confines of The Queens Head pub, Stockwell, in the Fat White Family’s notorious South London ‘practice space’. Saul recorded all of the songs he wrote at The Queens Head onto tape at Sean Lennon’s studio in upstate New York. This tape, recorded on his own in a corridor onto an ancient Tascam while in a foul mood with his mates, essentially became Insecure Men’s self-titled debut album as more layers were dubbed over the top until nothing of the original demos remained.