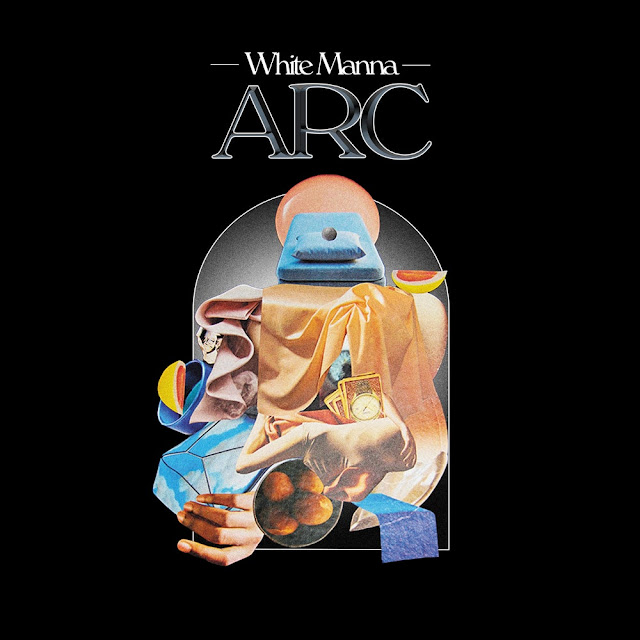 Cardinal Fuzz in conjunction with Centripetal Force for North America, presents the seventh full length album from veteran psychonauts White Manna. Long recognized as one of the leaders of the modern psychedelic movement, White Manna's ARC builds upon an already impressive discography and further develops the band's always evolving approach to sound and songwriting. This nine song journey sees the band exploring new directions that are more meditative in nature, a welcome development in light of the current state of world affairs. The song "Mythic Salon" certainly demonstrates such intent, as well as growth.

ARC, the band’s first release since last year's Ape on Sunday, was recorded at guitarist Anthony Taibi's 3D Light Studios in Humboldt County, California. The songwriting this time around took on more of an inward process, both musically and thematically.This shift allowed for more spontaneity and improvisation than their previous efforts. This was especially true when it came to translating musical passages that had already become part of the band's live repertoire. ARC is not a concept album per se, but its focus on such an omnipresent icon certainly leaves the listener a variety of avenues for interpretation, making this the most daring and unique album in the White Manna discography.