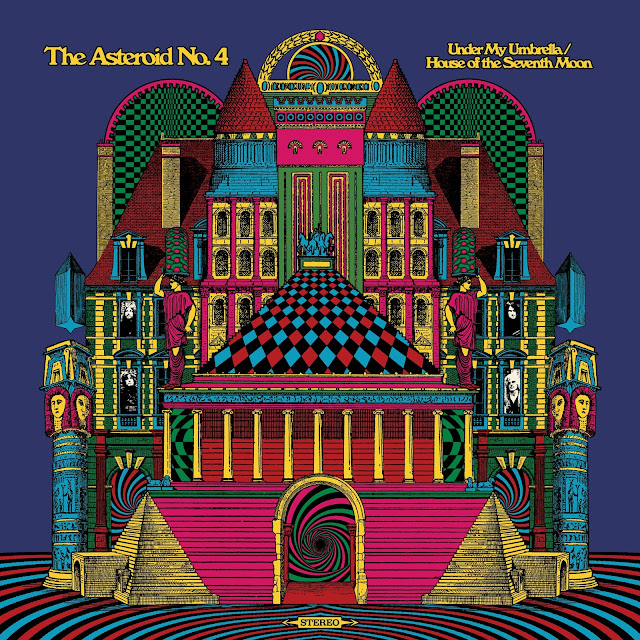 On the Asteroid No.4's new single on Hypnotic Bridge Records, and at the request of the label's owner, curator, and long time friend Stu Pope, the A4 jumped back into the heyday of Psychedelic music's first wave. Employing the prerequisite ADT vocal recording, Leslie speakers, Mellotron, Harpsichord, and of course backward guitars, the band looks to revered artists like the Pretty Things Tomorrow, and the Moody Blues as their guides through the sounds identified with that of 1967 London.

Although it's easy to reference 1960s London as the musical inspiration for the band's new single, it was actually their home in Northern California that provided both the lyrical and visual direction. San Francisco, with its rich Victorian vernacular and it's idyllic countryside found to the north of the bay (where the band resides) inspired both sides of this single.

Available on theasteroidno4.com
The Asteroid No.4