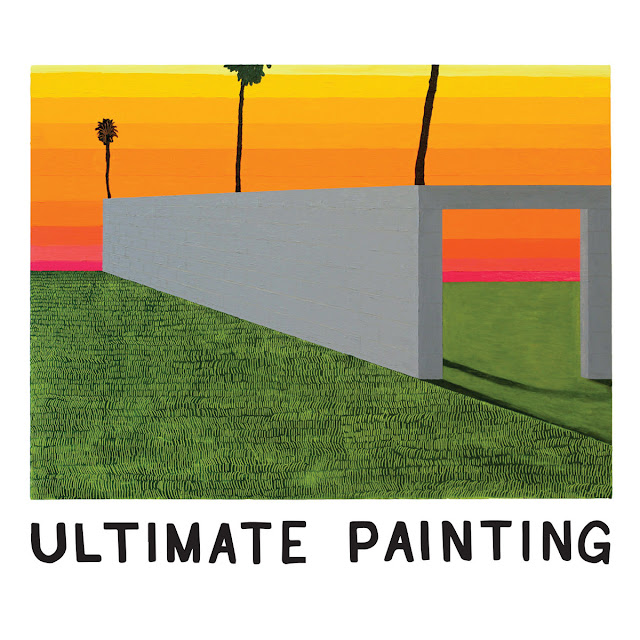 Jack Cooper & James Hoare are Ultimate Painting. The two formed a fast friendship when Jack’s band Mazes were on tour supporting James’ band Veronica Falls, sharing similar tastes in music, art & films. It wasn’t until after returning home that a musical synergy was formed. After numerous demos were exchanged, a few casual jam sessions turned into something more; a partnership. Christening themselves after a piece of art by the Southern Colorado desert community (and fanciful geodesic dome builders) “Drop City”, the lads set to work recording their debut proper.

“Ultimate Painting”s ten songs are the fruits of that labor; a collaboration in the truest sense, with each member composing five songs each creating a seamless journey that is both pastoral & cosmopolitan. Starting off with the breezy “Ultimate Painting”, the tone is set; a woozy & deliberate tune whose simple melody is complimented by two intertwining guitar lines that ride off into the sunset. The album catches fire after that, from the melodically mellow “Can’t You See?” & the yearning, gothic romance of “Riverside” to the buoyant “Rolling In The Deep End” & “Jane” whose sunny melodies belie the workings of the classic “Femme Fatale” who will “bring destruction to you...” “Ten Street” is the centerpiece of the record, a shuffling head-bopper with hook after hook that ends in two blazing, interlocking guitar solos. The album closes on with “Winter In Your Heart”, a song about embracing new paths that life presents - awash in a fog of fond melancholy for chapters past.