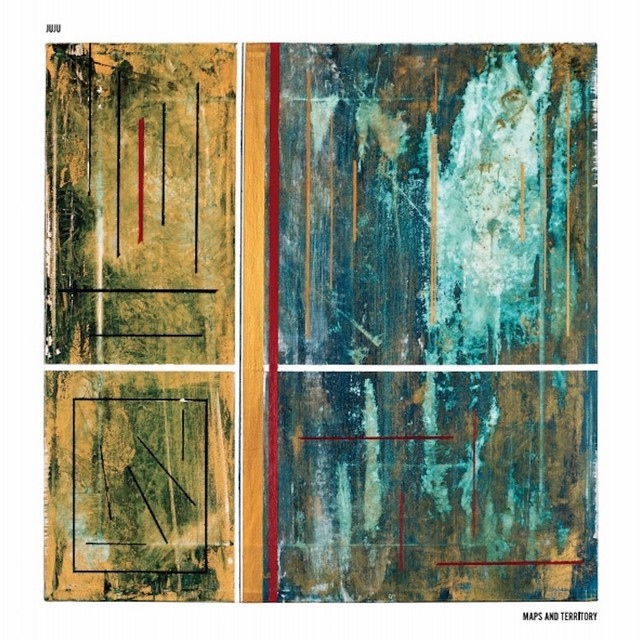 Juju's third album Maps And Territory reaffirms and at the same time transcends Juju's unique formula. A blend of Neo-psychedelia and Mediterranean Folk, New Wave and African tribalism, the sound of Juju is now deconstructed, reassembled and expanded, even bordering Jazz territories with the contribution avant-garde composer and improviser Amy Denio. The album also featuring guest appearance by Goatman from Goat.

The album is beautifully wrapped in the artwork of Marco Baldassari (one half of Sonic Jesus), where the liquidity and movement of the Mediterranean blue (the territory) is counterpoised to the soily colour of the ground (the map).