Frankie and the Witch Fingers - ZAM 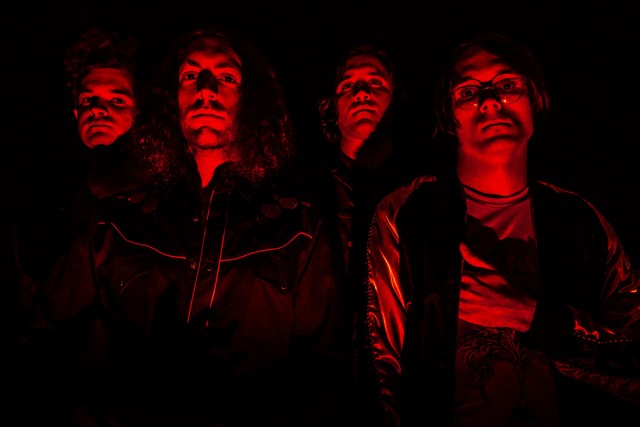 Frankie and the Witch Fingers’ latest LP, ZAM, bleeds beyond borders and boundaries. Its opening preternatural sounds bubble up out of the primordial soup, spilling into our world, invading the inner recesses of the listener’s mind. Like a two-headed snake wrapped around the skull, the album pendulates between winding instrumentals and dancey riffs that pop like supernovas out of the black void. Just when a song goes one way, it propels another through long stretches of a cosmic inferno.

Bringing glimmers of krautrock and funk, its eleven tracks unleash a versatile and tenacious weight, slithering between the sexy, the aggressive, the vivacious, and the disorienting—until the living invasion is felt—ZAM—a supernatural entity summoned by four madmen obsessed with tearing open a gateway to dark space. After being pulled apart atom-by-atom, the listener is reconfigured on the other side, born unto starry wasteland. Where head is separated from body. Where music is seen and apocalyptic soundscapes flow to revelation. A funhouse undercurrent pulses through the album’s epoch, reflecting a carnival mosaic shrewdly lulling and doggedly brutal. As one track bleeds into the next, that hour of running time becomes wormhole travel, until the listener returns earthbound, transmuted, craving more odyssey.

Frankie and the Witch Fingers