Frankie Teardrop Dead - All You Need Is Love and Fucking Peace 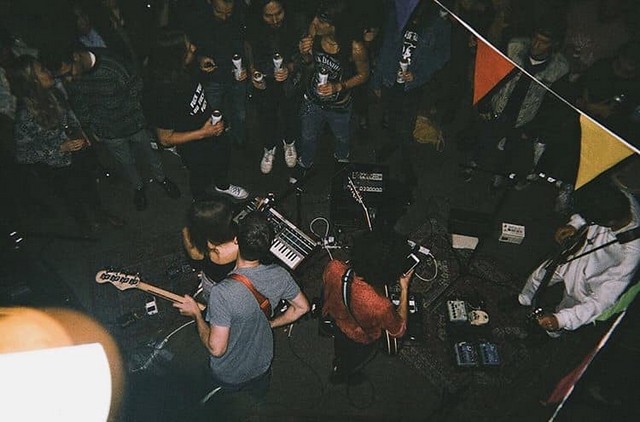 Frankie Teardrop Dead in their past, working on their sonic bunker deep inside the chaos of Fountayne Road in North London. Expertly connecting the energies of Neo-Psychedelia, Shoegaze, Dreampop and Post-Punk, FTD released their debut album "Better Than Some, Worse than Others" late in 2015.

The six-piece, comprising of Ben, Carling, The Sloth, Luigi, Daniel, and Eric have had their most ambitious project to date- "All you Need is Love and Fucking Peace", set to melt minds in October 2018 with Echoes of Primal Scream, Velvet Underground, Brian Jonestown Massacre and The Cure to permeate the huge soundscapes of their second LP, which looks poised to blow the lid off the UK Psych-scene.

Since sharing the stage with such bands as The Telescopes, Vibravoid, Dreamweapon and The Cambodian Space Project, the band has attracted a dedicated underground following their cosmic London shows, FTD are hitting the road for a UK tour along with a string of European dates.
Frankie Teardrop Dead