Interview with Paul Mc Cabe from The Mushroom Club 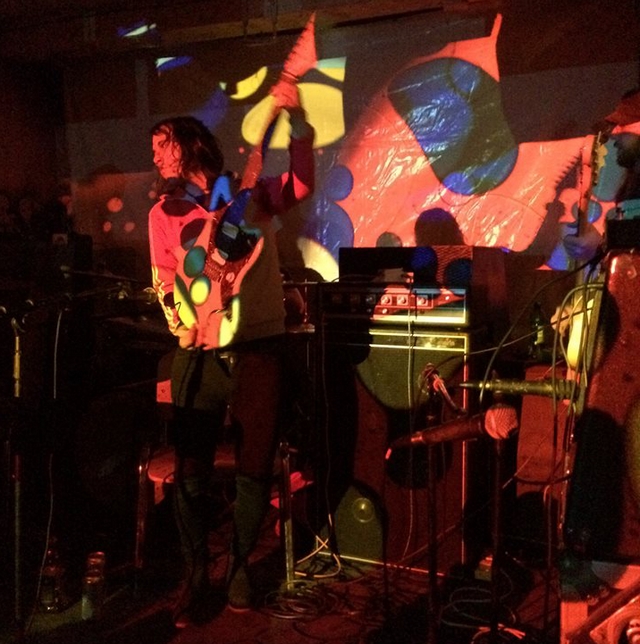 Since 2012 The Mushroom Club, A Psychedelic Garage Rock & Roll Band from Glasgow delights us more and more. This delight is confirmed by their new track “Your mine” where we can listen on it, a perfect sound.

Paul, thank you so much for accepting this interview. To start, tell us how is born The Mushroom Club ?

The Mushroom Club was born in the summer of 2012 when the 1st batch of sounds were put together by me. Then during recording sessions of the EP1 Blair became involved and then Seb on EP2. We started getting offered lots of shows supporting bands that we like. So we put a band together to do some live shows various friends played with us during this period with Grant (cowboy) Cowie, Kenny Paterson on bass and Stevie Kearns on rhythm guitar and Craig Miller on keys for shows during this period.

Since march  8 of this year, we can listen the new track “your mine” on Bandcamp. Tell me more about this track.

This track announces a new EP ? what are your projects ?

There will be an EP3 Yeah there will be a digital release later in the year. Ive got a load of songs finished and I have been working on new material. Doing demos the last few months. So there may be a few EP’s this year.

We can find EP1 and 2 on Bandcamp and Lost in the woods on Soundcloud, so, except these both there, where can we find your work ?

Our music should be on most of the major download sites as iTunes, Spotify, Apple Music, Amazon, Google Play, Tidal, iHeardRadio, Youtube, Deezer

How many instruments you play ? Which one is your favorite?

I play guitar and do vocals. My favourite thing is playing guitar with effects pedals/units


What are your musical influences?

We have so many musical influences it would be hard to name all but here are some of the bands, The Who, The Kinks, The Beatles, Bob Dylan, Rolling Stones, Velvet Underground, Pink Flyod, Syd Barrett, 13th Floor Elevators, Clash, Jesus and Mary Chain, Spacemen 3, Joy Division, The Verve, Stone Roses, BJM, Black Angels, The La’s, Primal Scream…


What are your conditions to work well? Silence ? or having people all around you ?

It depends on the situation I guess. As most of my songs are already written when I take them to the band. I enjoy writing and recording my parts alone in my home studio. But I also enjoy jamming with the Blair and coming up with new ideas.


Where do you find your inspiration ?

We are heavily influenced and inspired by many things such as that surround us, art, film, literature, drugs, friends and family and people that we meet on our journey through life.


It’s a very hard job but do you think that we can live on it totally ?

Music is just something I do and will always do. We are not signed to any labels so we don’t make any income from playing in the band as any EP sales and gig fees go towards van hire lights promotion etc… However, if more people buy our EP’s we will able to play live shows more often.

Have you a different look about music since your first album ?

Not really, we just write and record the same way we always have. There not any outside influence in what we do.