Interview with Charles - Elie and Romain from LVOE 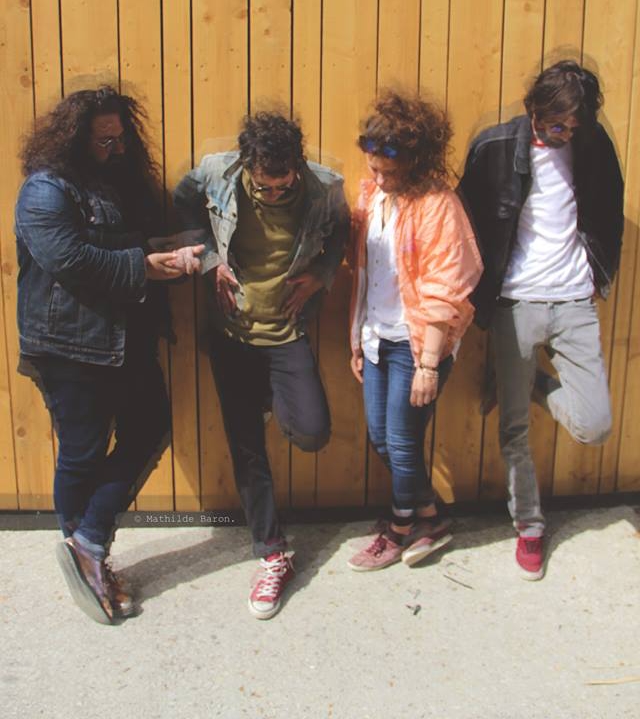 Interview with Charles-Elie and Romain from LVOE, a very good French band from Tours ; they talk about their last single “ God bless the blue orange » and the story of the band.

Thank you so much Charles-Elie & Romain for accepting this interview for THE PUG. Tell us the story of your band, when and how this band was created ?

Thank you for having us ! We formed the band 3 years ago. We were just three pals making music in a friend’s industrial premises or in our apartments. Then we had the big opportunity to work with Joe Foster, (shoegaze sound pioneer and co-founder of creation records, home of Primal Scream, My Bloody Valentine, Oasis, Jesus and Maryc Chain…). We asked him a “massive sounding mastering”, which he did and we put out a Misspelling of Love, our first EP quite quickly. We received a lot of good vibes for that work and then decided to push it further. That’s when the universe put Clement and Marine on our way.

Tell us what are your projects ?

We are currently working on our first album and have a lot of projects going on. We left our jobs as it was sucking our time. We are totally involved in our music. We take more time to work on our sound. When the next album is ready, we will try to give it the best release we can. Our new double single ‘God bless the Blue Orange” / “On Your Own Star” is a glimpse of what we’re working on. We try a lot of different things musically speaking. It’s a lot of fun. We may put another double single out after this summer, we will see. And some videos too.


Yes we have gigs coming up. On May the 19th we will play in Paris at the Bus Palladium. And we have others gigs around where we live this summer. More gigs will be added in the coming months.

What are your musical influences ?

Charles-Elie : Same for me, so many different things. But all of these bands have something in common. They all use the studio as a proper instrument, to shape their sound, which is in my opinion as important as the chords progression. This is what we love. It’s like a signature you know, something that gives a soul to a song. This is what we want, this is what inspires us. The studio is like an instrument and all the quoted artists probably share this view.

Do you remember your first concert ? and « THE ONE” that totally moved you ?

Romain : Well, it’s not my first concert but I saw The Chemical Brothers two years ago and it was magic, beautiful. I saw BJM, Tame Impala and the Dandy Warhols too when I was living in Pigalle… I went to so many gigs. It’s not easy to answer.

Charles-Elie : If I remember well, my first concert was Paul Mc Cartney. Yeah that was hell of a good start ! Not long ago I saw BJM near where I live at a festival taking place like 300 meters from my place. Seeing Anton Newcombe and his band so close to my place was a weird feeling, surrealistic ! I saw Neil Young too, at the Vienna Antic Theatre and it was amazing. Both majestic and very intimate, I had this impression of being allowed to skip into the Crazy Horse garage and silently look at them jamming.

Except for music, what are your passions ?


Charles-Elie : make unexpected mixtapes, collect old mugs, pretend to be a cat in my bed and watch movies on Netflix… ah ! and Pizzas !