The Third Sound - Nine Miles Below 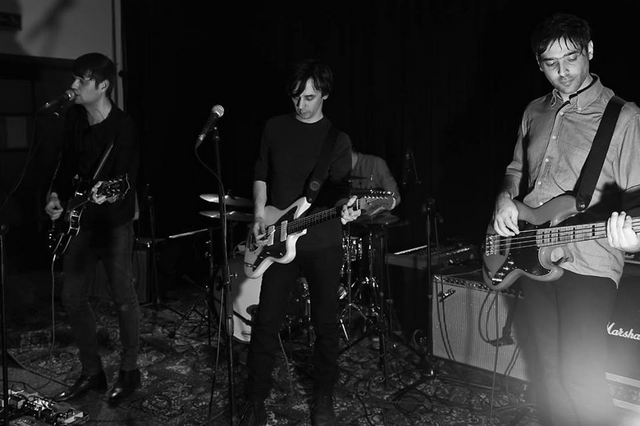 The Third Sound is the solo project of Icelandic singer-songwriter Hákon Aðalsteinsson, formerly of Singapore Sling and currently touring in Brian Jonestown Massacre. Now residing in Berlin with a fleshed-out live line-up, The Third Sound are gearing up for the release of their fourth album ‘All Tomorrow’s Shadows’ - arriving via Fuzz Club Records on May 11th. Recorded by the band themselves over the harsh Berlin winter, the new record is their most refined yet – offering an expansive exploration into krautrock-tainted post-punk and dark psychedelia.

Following on from their 2016 LP ‘Gospels of Degeneration’, the new album takes a much more sparse and rhythmic approach than we’ve seen before, combining hypnotic guitar drones, motorik rhythms and haunting vocals – the last track boasting a guest feature from Anton Newcombe, who released the band’s debut album on his own imprint A Recordings.