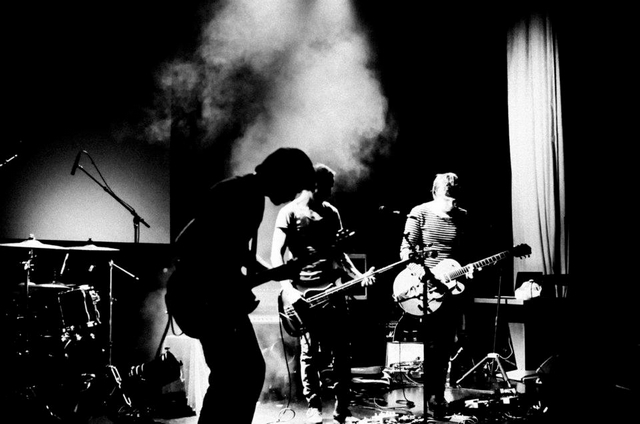 Le réveil des Tropiques is back in 2018 with their second album "Big Bang" six years after their self titled record. Recorded on analog tape during three days of jam sessions and improvisations at Kerwax Studio (Brittany), it contains four long tracks which lean towards cosmological trance strongly influenced by kraut rock and drone music. The keyboards have taken the lead and the repetitive loops haunt the record until the end, maybe even longer, while the bass and the drums pummel vicious and fierce beats. Thanks to this new album, their live records and their seizing unique shows, LE REVEIL DES TROPIQUES is already regarded as one of the most peculiar and productive band from french underground rock scene.