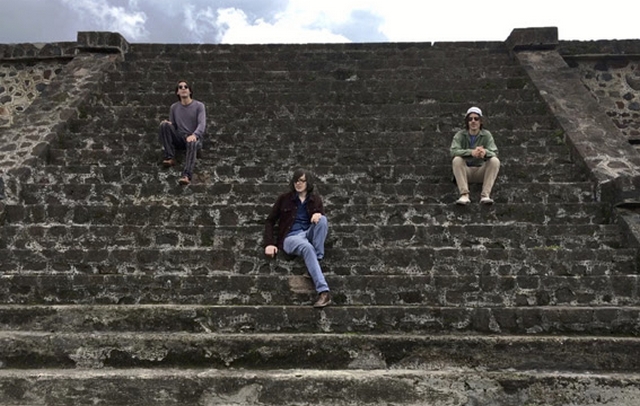 The band has shared a jaw-dropping video, directed by Simon Chan, for album track "Here With The Hawk," which features stop-motion animation, and actor Michael Horse (who plays the character of Deputy Hawk in David Lynch's beloved Twin Peaks) sitting down for a cup of coffee with the band.  Culture Collide premiered the video, saying "'Here with the Hawk' is perhaps Dead Meadow at their most focused: 3 minutes of one stoned-to-the-bone 70s rock riff, fuzzed out into space and back, and adorned with a shimmering cloak of guitar noise and Simon's subdued vocals."

Jason Simon said of the video "We're huge Twin Peaks fans and spent a tour through western Canada listening to the "Secret History of Twin Peaks" largely narrated by Michael Horse. Our imaginations exploded from all of the concepts that were presented. Michael's voice alone kept us from falling asleep behind the wheel on the late all night drives."


With the release of The Nothing They Need, Dead Meadow's Steve Kille and Jason Simon celebrate twenty years of the band with eight songs that feature everyone that has been musically involved with the band over the years. They're joined by original drummer Mark Laughlin, Stephen McCarty (the drummer throughout the Matador years), and current drummer Juan Londono. Cory Shanejoins them on guitar for some Feathers era dual guitar interplay.  The album was recorded in Dead Meadows' studio/rehearsal space, The Wiggle Room.
Dead Meadow