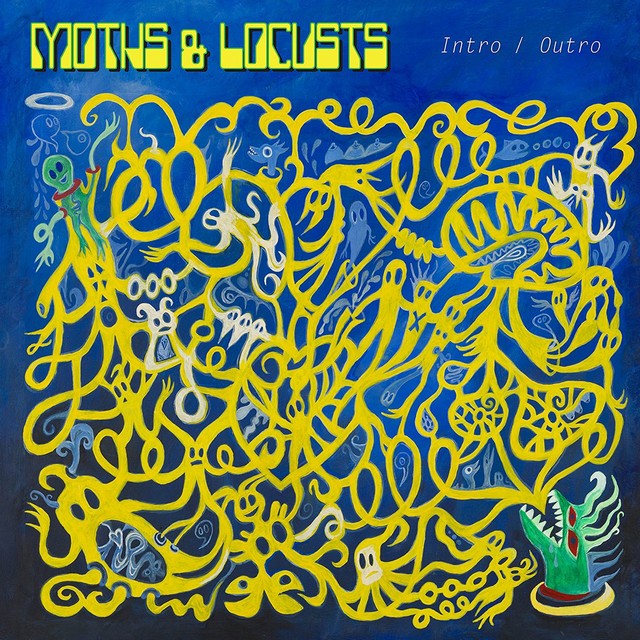 Initially proposed as an exclusive EP by UK psych cassette label, Eggs in Aspic (who will release the tape version, with fellow UK psych label Cardinal Fuzz and Read’s NoiseAgonyMayhem responsible for the wax), like the previous Moths & Locusts albums the recordings were mastered by Bob Weston (Shellac / Mission of Burma / Nirvana’s In Utero and more). At the fore of the band’s massive range of influences on this occasion are Gong, Can, Trans Am, Rainbow Band, vintage synths, and post-Syd Barrett/pre-Dark Side of the Moon Pink Floyd. And, of course, Yoko Ono, who once said, “I like artists who have something to say, not wallpaper.” In which case, she would absolutely love Moths & Locusts.