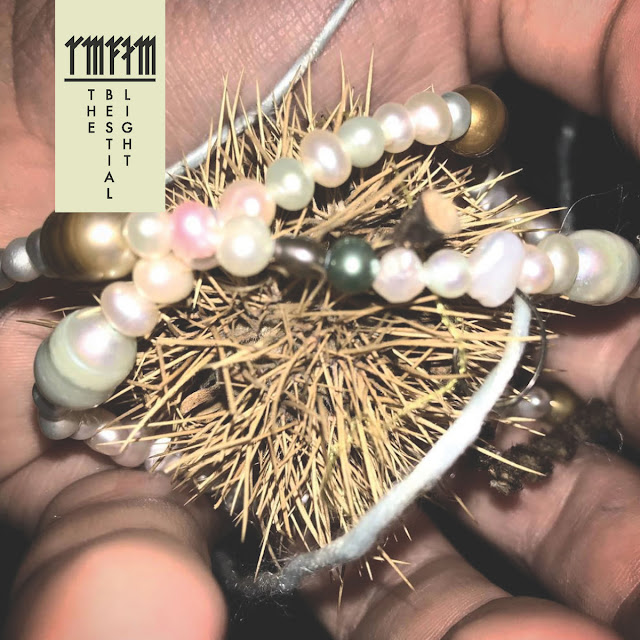 Dutch experimentalists RMFTM are ushering in their tenth year as a band with their sixth full-length ‘The Bestial Light’, due for release May 8th via Fuzz Club and marking yet another evolution in sound and line-up from the shape-shifting Eindhoven-based collective. Across their extensive back-catalogue and many collaborations (including with the likes of Gnod, The Cosmic Dead and 10 000 Russos, as well as the occasional art piece), the band have moved from expansive space-rock to avant-garde drone and industrial techno. Now, however, is the time for something else.

Bolstered by the addition of a vocalist and second drummer, the incendiary ‘Bestial Light’ LP sees the band move on from the electronic experimentations of the Subversive album trilogy (culminating in their most-recent LP, 2018’s ‘De Spelende Mens’) and last year’s ‘Bliss’ EP. Their new direction, instead, finds them journeying into a dissonant industrial punk sound that’s Einstürzende Neubauten and early Swans by way of Neurosis and Godflesh. Fusing heavy industrial rhythm sections, biting post-punk vocals and crushing “acid metal” riffs, the new incarnation of Radar Men From The Moon aka RMFTM is comprised of core members Glenn Peeters (guitar), Tony Lathouwers (drums), Titus Verkuijlen (bass) and Bram van Zuijlen (guitar/synth), with the addition of Joep Schmitz (drums) and Harm Neidig (vocals/saxophone).

Radar men from the Moon