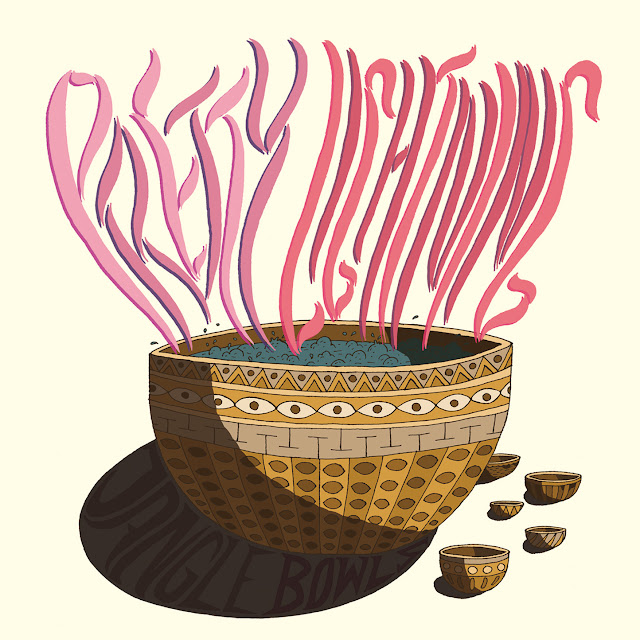 German duo Pretty Lightning are gearing up to release their fourth long-player ‘Jange Bowls’ on March 20th via Fuzz Club. For over a decade, the duo comprising Christian Berghoff and Sebastian Haas have been busy dealing in swampy, fuzzed-out delta blues with a penchant for strung-out psychedelic drones and on their latest effort, picking up where 2017’s ‘The Rhythm of Ooze’ left off, they return sounding better than ever.

If you ever wondered what’d happen if two best friends who share a collective mission to not take life too seriously spent just as much time soaking up the muddy blues of Mississippi as they did the kosmisch experimentations of West Germany (the pair also play in Krautrock collective Datashock) then Pretty Lightning are your answer. Unsurprising, then, that as often as their sound is indeed full to the brim with crunch, swagger and feedback, they’re also just capable as easing off on that oft-abused accelerator and dealing in something more far hypnotic and drone-like.