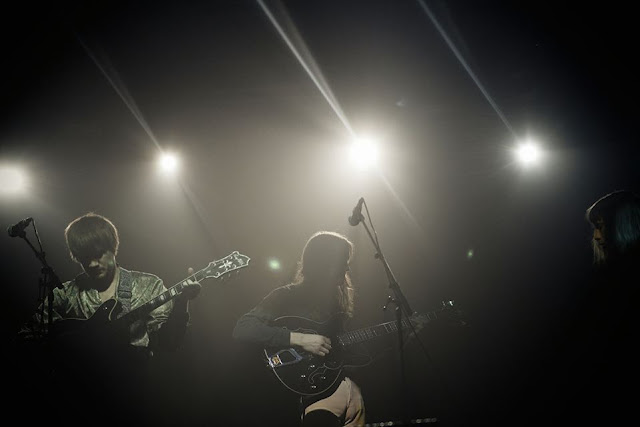 Nothern Swedish space-psych band ADAMA comes equipped with a set of ideas that could seem long forgotten. In the aftermath of a post psychedelic wave of bands, ADAMA emerged with a longing to reach back to the very roots of what the genre symbolizes, but in accordance with modern day sounds. The band utilize their instruments in an epic, mind bending journey, allowing the listener to recall an intense feeling both new and old, fusing classical standards with a bombastic new soundscape pointing towards a new era.

Thus finding itself somehow beyond time and space, the ADAMA sound has a high level of natural-born-psych feeling to it - at the same time capturing both the burning essense of gloomy psychedelic darkness, and the intense kaleidoscopic colours of the northern lights!