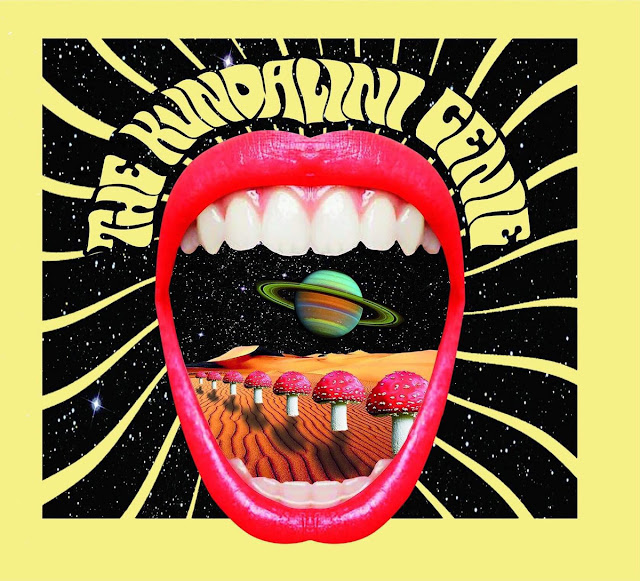 The Kundalini Genie are a psychedelic rock’n’roll band from the holy land of Glasgow, Scotland. Spaced in, strung out. Here to seek the truth so you will find, the soul that makes me yours. The band has made a huge impact on the UK underground music scene having supported bands such as: The Brian Jonestown Massacre, Acid Mothers Temple, The Stevenson Ranch Davidians, Spindrift, Night Beats, Lumerians and The Underground Youth amongst others. Following the critical acclaimed debut album “Reverberation” and the hugely successful “You Are The Resurrection” The Kundalini Genie return with “It’s All In Your Head” to be released Aug 2nd 2019. Produced by Robbie Wilson, mixed by Jason Shaw (The Cambodian Space Project) and mastered by Joe Carra (King Gizzard & The Lizard Wizard).