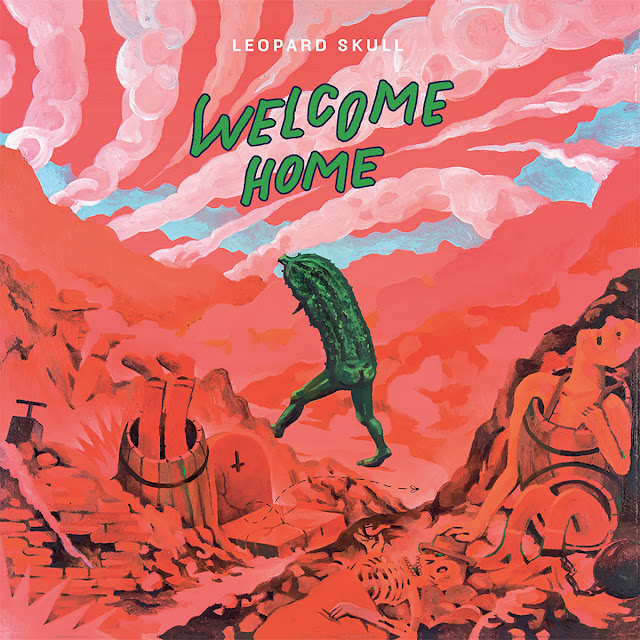 Leopard Skull is the solo project of multi-instrumentalist Harm Pauwels. With influences ranging from the late Beatles to early Brian Eno and Foxygen, Leopard Skull brings an eclectic psych sound that is both captivating and estranging.

Leopard Skull (Harm Pauwels, Ghent, BE) may seem like the new kid on the block to some but he is no stranger to whoever’s been paying attention to the Belgian garage/psych scene over the last years.

What started as a small number of home recordings in 2014, was quickly picked up by Incubate Showcase Festival (NL) where he played his debut show! Ever since, Leopard Skull has been continuously active and successful in the local garage/psych scene, as well as performing at international music festivals such as Lugano Buskers Festival (CH).

In the course of 2018, he worked tirelessly on his long awaited debut album and we’re very happy to say that the fruit of his labor is finally upon us. ‘Welcome Home’ saw the light of day on 27/9 on the Brussels label EXAG’ Records (home to Phoenician Drive, Slift, Wooden Indian Burial Ground,…).

This new brain child of multi-instrumentalist Harm takes on strange forms, ranging from 70s synth pop, psychedelic guitar parts and hints of Jethro Tull. For this album, he taught himself how to play the clarinet and increasingly put away his guitar in favor of synths and keyboards. The end result is ‘psych pop/ baroque pop’ and places him among some other contemporary whizz-kids such as Jacco Gardner, Forever Pavot, Foxwarren, Drugdealer.

On top of all this, he has surrounded himself with some serious musicians, which has led to a solid live reputation, not to be missed!