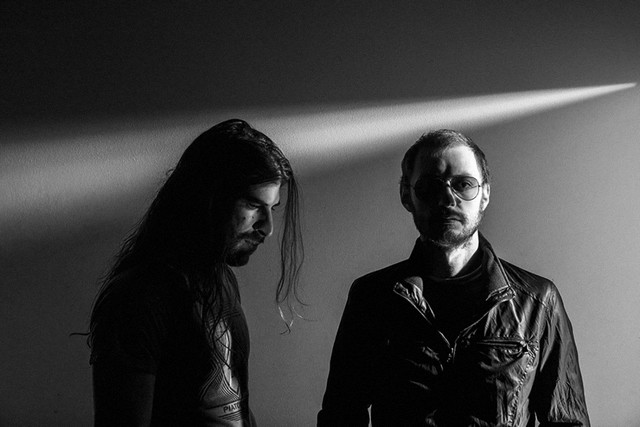 Italy’s Throw Down Bones are something of an enigma in the experimental underground. Since the release of their highly-praised 2015 self-titled album, they’ve picked up a notorious reputation on the European live circuit for their pulverising, constantly-mutating live shows. In a review of the debut album listeners were told to “make no mistake, this is dance music” and that may have been true back then but now, back with their second album titled Two, the band have taken that to a whole new extreme. Ditching the hypnotic coldwave tendencies of their earlier work for an all-out sonic assault of industrial four-to-the-floor techno.

Two is due for release via Fuzz Club on October 26th and see’s the band deal in floor-shaking industrial/EBM noise that’s steeped in a euphoric acid-house attitude. Where the old Throw Down Bones was better suited for intimate venues and psych fests (of which they were a frequent staple, from Liverpool to Eindhoven and everywhere in between), this new evolution sees them turn their eyes to the most underground techno clubs and the sleaziest warehouse venues. Imagine Fuck Buttons, Factory Floor and Aphex Twin jamming in a room together and you might come close but Throw Down Bones would be reluctant to point to any ‘influences’. For them, their corrosive industrial workouts are simply the product of their environment and attitudes, as opposed to who they’re listening to at any given moment.

The two key members of Throw Down Bones are Francesco Vanni and Dave Gali but on this album their producer James Aparicio also played an integral part in writing the album. Francesco spends his time building bespoke FX pedals and analogue synths under the name Noise Militia and James was formerly the in-house engineer at the Mute Records studio, his credits including Spiritualized, Liars, Nick Cave, Depeche Mode, Mogwai and many, many more. With Noise Militia prototypes littered around the studio, Francesco and Dave’s knack for instrumental experimentation and James’ studio prowess, it should come as no surprise that the result is a collection of tracks that push Throw Down Bones’ electronica right to the brink. If you like your music intense, punishing and ear-drum-rattling then this is the record for you.

The first three tracks on the album ‘First Follower’, ‘We Are Drugs’ and ‘Slow Violence’ lay out the bands mission from the off, bursting through a pulsing electronic throb are unrelenting motorik basslines that twist and contort as they circles around and around and around, layers of juddering hardware electronics constantly punching through. Then there’s ‘Golovkin’, a merciless all-out rave track that zaps you right in the cortex and the electro-throb of ‘Zero Day Exploit’ that, like a cyber-attack of the same name, is an unstoppable attack on the senses – it’s less in-your-face than the rest of the album but try and stop that programmed acid-tinged groove from tearing through your bloodstream. It’s too late, you won’t stand a chance.

If their earlier instrumental-oriented works leant into dance territory, then this is the band embracing that with open arms and wide eyes ready to soundtrack the mother of all parties, one punctuated by pure hedonism and a sense that this could very well be the last dance on this wretched rock.