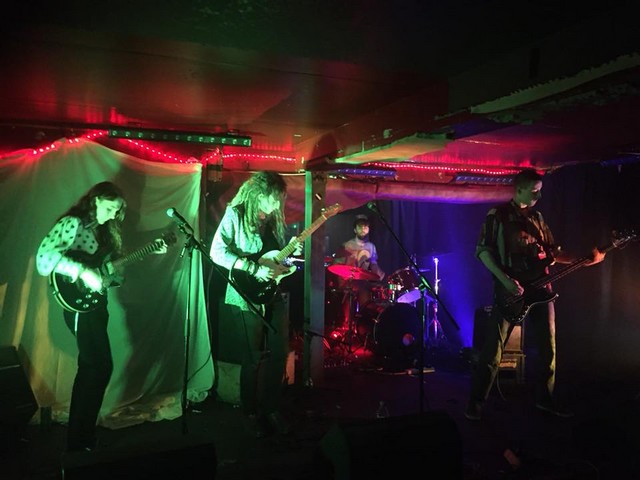 The Kundalini Genie are a four-piece psychedelic band from Glasgow, Scotland.

Formed in early 2017 they played their first gig in The Coyote Whiskey Bar in March, as part of the Carlton Live Sessions.

As payment they received a day of recording time, which they used to produce their first rough single, The Soul That Makes Me Yours, in the days after.

Since then they have been spreading their brand of psychedelic rock'n'roll as far and wide as they could, and have supported such bands as Acid Mothers Temple, Spindrift, Triptides, and performing at the Carlton Psychedelic Festival of 2017.