Rosaire - I Am Alone 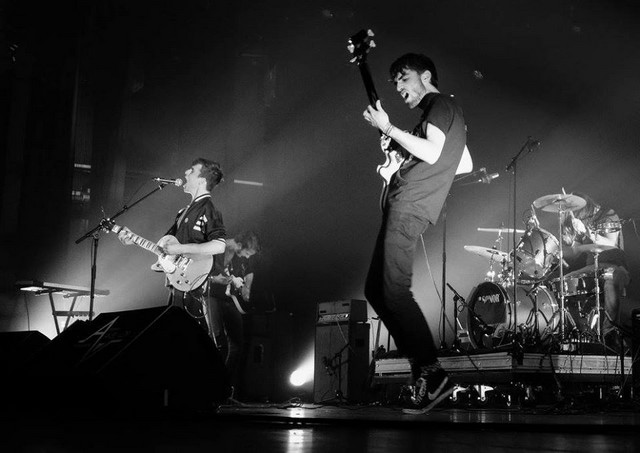 ROSAIRE was founded in Saint Brieuc in 2013 by 4 friends
who wanted to spread their vision of Rock and Psychedelism
to the world. The band released their debut EP, aptly named
‘Four Mysteries’ on the 10th of October 2014, after a full year
of rehearsals.

With an EP that testified for their potential, Rosaire played
many shows in and out of Brittany, alongside such artists as
Matmatah, Last Train, Grand Blanc, Kaviar Special and many
others, offering a two-track single titled ‘Samsāra’ in the
process, released on the 12th of January 2016.

2018 will see the comeback of Rosaire as they set out to
release their first full-length album ‘Ecstasy’, recorded at the
soon-to-be mighty Kerwax Studio. This new studio effort is
scheduled for May and holds the sound the band has been
striving to achieve since its creation.