Red Belmont - Into My Own 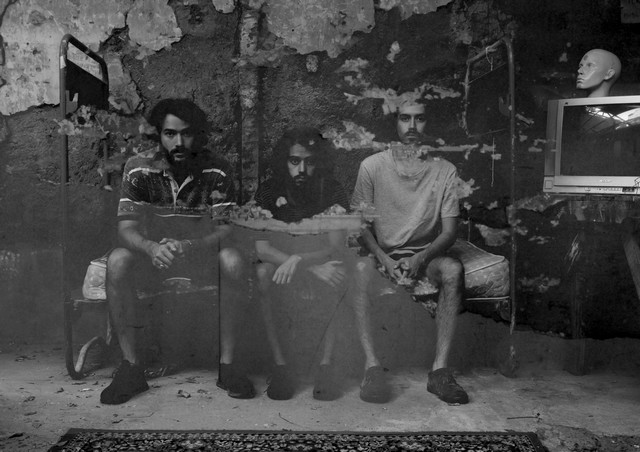 “Red Belmont is a psychedelic rock trio formed in Santiago, Chile. While flowing in the underground music scene of Santiago, the band was selected two years ago (2015) to be part with their debut EP of the first Chilean surf documentary’s soundtrack called ‘Viejo Perro’. Last year (2016), the Chilean trio was selected by Jack Endino (Nirvana’s producer) to be part of ‘Santiago Converse Rubber Tracks’ having the chance to work with Jack and Pablo Giadach (The Ganjas) in the single ‘White on White’.

After three years of the debut EP the band is ready to launch their first long duration album ‘Into My Own’ created in the ‘Villarrica Volcano’ in the south of Chile and recorded by Nes (La Hell Gang, The Ganjas) in BYM Records. In an interview with the Chilean Magazine ‘Cancha General’ the band said: The EP was a work that helped us understanding what we were capable of doing. This new album shows a search and maturity in the sound, therefore proposes a different more hypnotic one, however, we don’t leave the influence of the garage sound aside. The magazine also wrote: ‘Freedom’ and ‘dialogue’ seem to be the key concepts in this record: sessions anchored to nature, propitiating an infinite range of arrangements, which function as single machinery. The band also said: ‘For this LP we set out to develop a work that shows a line and a sound story between each song. Although there are a variety of nuances in the tracks, in all of them you can find a structure and a metric that dialogues with the rest of them. In January 2016 we went into a house in the Villarica Volcano from which we did not go out for a week. The inspiration was to be in full nature with the freedom to create when we wanted to.”